December 2015 Concerts and Rehearsals
Hunstville Festival of the Arts, October 2015 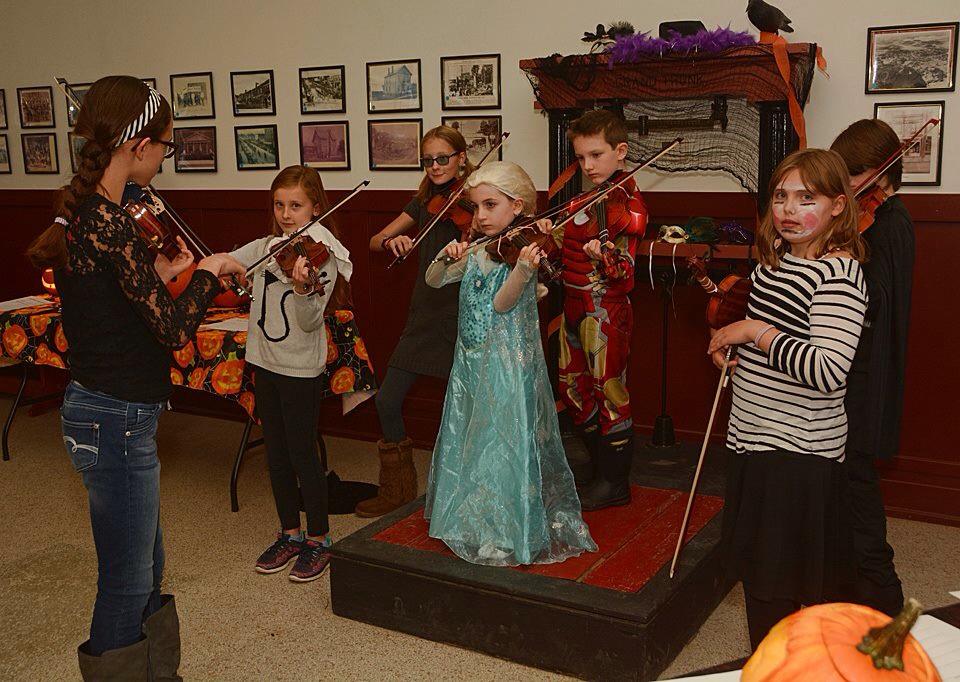 Spring Concert at Trinity United Church, May 2015
Huntsville Suzuki School students performed a brilliant concert on May 02, 2015 in Trinity United Church, Huntsville.  The afternoon event was open to the public, and featured works from Suzuki Violin Books 1 to 5 and Cello Books 3-4, as well as a number of works from outside the Suzuki literature.  There were fiddle tunes and music from the movies, jazz numbers and even rock songs.  Many audience members said that this was one of the best and most memorable concerts given by the group.  Congratulations to all students, the sound and presentation keep getting better and better!
Spring Concert, violin class: Gavotte by P. Martini
East Indian Dinner Fundraiser 2015
Bigger & better than ever!
This year's Huntsville Suzuki School East Indian Banquet was held on March 28, 2015 at the Royal Canadian Legion Hall in Huntsville.  This was the third year in a row the school had put on this event, and this year broke all records for attendance and money raised.  Parents and students cooked food for two days.  255 tickets were sold, and counting the students and chaperones who got in free, nearly 300 people were fed!  The banquet consisted of Chicken Tikka Masala, Pork Vindaloo, Madras-style aloo (potatoes), curried ghobi (cauliflower), Matar panir (peas with cubed farmer's cheese), dal (lentils), homemade mango chutney, raita (spiced yogurt), naan, chai, and ice cream for desert.  There was plenty of food, so guests were welcome to come and get seconds, thirds, etc.  No one went home hungry.